In their infinite wisdom, Georgia lawmakers Sen. Johnny Isakson and Rep. Tom Graves have introduced legislation that would allow homeowners to dip into their retirement accounts penalty free in order to make mortgage payments, The Atlanta Journal-Constitution reports.

I don't know about you, but I don't hear of many people clamoring to ruin their entire future so they can make mortgage payments. What this law will do is ruin the lives of anyone who decides to give away their hard-earned retirement money -- especially with how weak Social Security is -- in lieu of foreclosure. 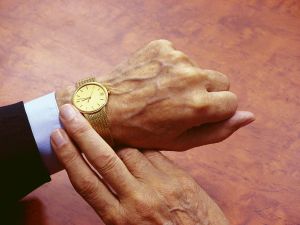 As everyone knows, Georgia has been hit especially hard by the sub-prime foreclosure crisis. The state ranks in the top five month after month in foreclosures. But this is a short-sighted law that isn't nearly as effective as bankruptcy in Atlanta.

If you file for bankruptcy, after consulting with an experienced Atlanta bankruptcy lawyer, the foreclosure process stops immediately. This means whether you have missed one mortgage payment or six, your house can't be taken away during foreclosure. Filing stops creditors from calling about bills, the banks from sending harassing letters and e-mails, and from the hassle of dealing with wage garnishments.

It is a better alternative than dealing a crushing blow to one's retirement. When people plan for the future, they don't expect to give up their retirement to pay for a home. With housing prices having plummeted during the recent crisis, they aren't nearly the investment many had hoped they would be.

Bankruptcy can rescue consumers from foreclosure and in many cases allow them to remain in their homes both during and after the process is complete. In Chapter 13 bankruptcy in Atlanta, consumers are able to set up a reasonable payment plan over three to five years to pay back a portion of what is owed.

Under the lawmakers' plan, people would be able to pull out 401(k) funds, retirement account money and other locked-in accounts without paying a 10 percent penalty to the IRS if they were using the money to make monthly mortgage payments.

Sadly, while their quotes in the news media show they are proud of their actions, they're missing the point. Would they really tell their friends, maybe people in their 60s who aren't going to find good work anymore, to cash in their retirement accounts to pay for a house that is underwater in its mortgage? Never. But they announce the legislation with quotes that make it seem as if they are doing the country a huge favor.

Isakson said that the nation's economy can bounce back only if the housing market recovers, adding that the legislation will "help strengthen the American housing market" by reducing foreclosures.

Yet, it will leave retirees penniless.

I'm sure everyone who's out of work wants to sink all of their savings into a below-market house that may not even recover in value until after they have died.

In bankruptcy, retirement accounts are off-limits from creditors, allowing consumers to keep their retirement and manage payments. In some cases, they can walk away from bankruptcy with other debts cleared so they can use savings or other income to make payments to keep the house, rather than using precious retirement money.