Banks Hound Mourners over Chicago Debt After Loved Ones Die

Banks may at first appear so inviting. Their lobbies are pristine, and their commercials show white-toothed, oh-so-friendly tellers welcoming in customers. It's like being in Disney World.

And then you fall behind by a payment and guess what? They turn into sharks. You get slammed with hidden late fees and they're quick to send collectors hounding you if you owe them money. 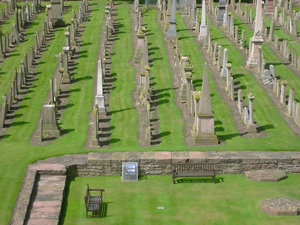 It's often these aggressive actions that lead people to seek bankruptcy protection in Chicago and surrounding areas. The bankruptcy process allows for a fresh start after years of debt piling up. Meeting to discuss your situation with an experienced and knowledgeable Chicago Bankruptcy Lawyer can be the first step in saving yourself from years of frustration in the future.

CNNMoney recently chronicled an issue among mourners who are being hounded by banks over the debt of deceased loved ones. Banks are seeking to give them "opportunities" to assume the debt of relatives who have recently died.

By one woman's account, she was sent a letter from a bank within weeks of her mother's death. They offered her a rate of 0 percent APR for the first six months, only to have the rate jump to 13.2 percent after that to pay off her mother's credit card debt. Social Security provided the bank with the information.

While insensitive, banks are well within their rights to collect debt, whether from a relative or from the estate of the person who died. So, if you think you can max out your credit cards before you die and the debt will go with you to the grave, you're wrong. Banks are cut-throat about these things and will go after your family members after you've died.

Another woman was called 48 times a day by a bank debt collector within days of her husband's death. During the wake, an answering service was set up so family members could listen to friends calling to wish condolences. Instead, they heard an automated caller every 15 minutes seeking payment on debts and threatening foreclosure.

In community property states, which Illinois is not, assets acquired during the marriage are considered jointly owned and therefore debt on them will be the responsibility of the surviving spouse. In other states, spouses likely won't be liable for their deceased loved one's debts unless they co-signed on a loan or have debt on a joint account.

The Federal Trade Commission has a mandatory "cooling off" period after death that was recently imposed, but that applies to third-party collection agencies and not banks, which are regulated on a state-by-state basis. That means it may be possible for banks to harass a widow or widower the moment they find out the person owing money has died. It's this kind of heartless action and the other aggressive tactics banks take that lead people deep into debt.

Bankruptcy protection offers protection to consumers. One great benefit of bankruptcy is it immediately stops a creditor or bank from calling. They are banned from communicating with you while you go through the bankruptcy process, as you attempt to get your affairs in order.

For many people, at the end of the bankruptcy process, they will come away without any outstanding debts and no more money-seeking callers. Wiping out debt and being able to move forward without the nagging calls, e-mails and letters can be a refreshing and rewarding feeling.

Debt Levels an Ongoing Problem for Chicago Consumers and the Nation: June 10, 2011