A recent look at the most recent bankruptcy numbers shows that there was a drop in filings in the Bankruptcy Court for the Northern District of Illinois during the third quarter.

Most analysts believe that this is because creditors have loosened their standards for handing out credit. As you likely have seen in recent weeks, credit card companies have been hammering away with advertisements promising rewards, perks, and cash back deals. All of these scams are designed to entice people to use their cards and end up indebted to them. 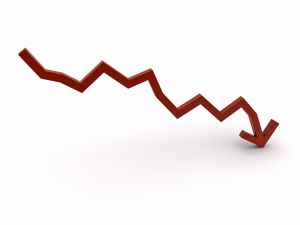 While some people may have been able to avoid the credit card companies' efforts, others may have been trapped during the holiday shopping season. For those who have fallen into the trap and may be stuck with thousands in credit card debt, Chapter 7 bankruptcy in Chicago may be a viable option.

Our Chicago bankruptcy lawyers have helped many clients who are burdened with mounds of debt. The different forms of bankruptcy allow people in specific situations to be helped. If you have assets to keep and don't want them to be subjected to creditors, there's a form of bankruptcy for that. If you have little income and few assets, but there are things you want protected, that may be possible. Consulting with a lawyer for free is a good first step.

Let's take a closer look at the numbers.

According to the American Bankruptcy Institute, which tracks bankruptcy filings, trends and numbers, there were 13,750 bankruptcy filings in the Northern District of Illinois between July and September. That's down significantly from the 15,020 filed during the summer quarter, but higher than the second quarter of 2009 and previous years.

To compare how busy that court is compared to the other two bankruptcy courts in Illinois, the Central District reported 2,033 filings and the Southern District only 1,304. Statewide, that makes 17,573 bankruptcy filings. Compared to other states, Illinois ranked fourth highest behind only California, Florida and Georgia.

Most interesting, perhaps, is that Chapter 13 bankruptcy filings became more popular in recent months. Chapter 7 is the most popular form, but made up less than 70 percent of filings for the first time since 2010 and before that, 2008.

While the numbers are slightly down, our lawyers on a daily basis help countless clients who are struggling with debt and feel like they have nowhere to turn. Filing for bankruptcy is one way that consumers can get relief and get back on their feet. Living with debt can be stressful, frustrating and depressing. That's no way to live.

If you are struggling with debt and have exhausted all remedies you can think of, set up a consultation with our law firm. We have skilled attorneys who are eager to look at your situation and help you determine if bankruptcy in Chicago works for you.

Homes Can Be Foreclosed, But Banks Can Come After You for Difference Without Chicago Bankruptcy: November 28, 2011