Consumers With Bad Credit Could Benefit From Chicago Bankruptcy

A recent study of 100,000 people found that e-mail address says a lot about a person's credit score. Credit Karma, a service that provides free credit scores, studied its database and found some interesting things regarding the average credit scores based on people's e-mails.

While credit scores aren't determined by which e-mail server you use, they can be affected by many factors. The history of making on-time payments is a big factor, as are whether you have made minimum payments, have lots of debt and other things. 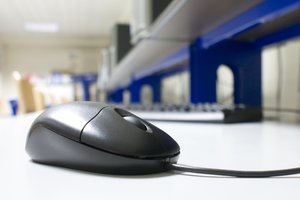 Some people believe that filing for bankruptcy in Chicago will ruin a person's credit score, but the people who need bankruptcy likely are mired in debt and haven't seen that their credit scores are substandard as it is. If a consumer has spent years battling creditors, making minimum payments, dealing with job loss or other factors, it's likely their credit score isn't very good.

The good news is that bankruptcy can restore what is now in bad shape. Chicago bankruptcy lawyers have been able to help many people whose scores were poor because of major debt problems. Bankruptcy laws were designed with consumers in mind. They are to help people get a second chance when they are down on their finances.

According to Credit Karma's poll, Gmail account users seem to have a record of better credit scores than those with Yahoo e-mail accounts. Credit scores range from 501 to 900 and a higher score means the person is more reliable in paying off their debts.

According to the data, BellSouth and Comcast e-mail users had the best credit scores (estimates based on MSNBC's graph):

In a related story, MSNBC found that people in the Midwest have the best credit scores, based on numbers crunched by credit monitoring agency Experian. Eight of the top 10 cities nationwide for highest average credit score are in the plains states.

The top cities with the lowest average credit scores seem to be spread throughout the south and west:

If your credit score is low and you have been battling debt problems for years, consider bankruptcy in Chicago. It may be a way for people who are trying to re-build their credit to shed the debt that has led to their credit problems in the first place.

If you are considering bankruptcy or looking for some help with poor credit or debt issues, consult with a Chicago bankruptcy lawyer for free. A skilled attorney can assess your situation and help you make determinations of the best way to proceed with your finances. Perhaps bankruptcy fits and maybe it won't, but get all the facts before making important decisions.

Homes Can Be Foreclosed, But Banks Can Come After You For Difference Without Chicago Bankruptcy: November 28, 2011

Good Graph Friday: What you e-mail address says about you, by Allison Linn, MSNBC.com

Midwest is best, when it comes to credit scores, by Allison Linn, MSNBC.com