Cost of Cybercrime Fraud Could Lead to Bankruptcy in Atlanta

Online scams are everywhere these days:

Maybe the Nigerian lottery is easy to spot, but the others may not be. Consumers can end up being taken for thousands of dollars if they aren't careful. 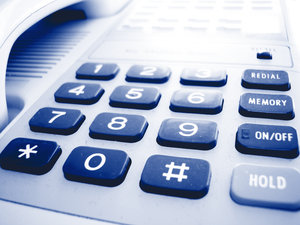 Money recovery from companies is a difficult process and the delay can cause you financial problems. Cybercriminals are out there in full force. They are taking advantage of the increasing dependence on the Internet as an easy way to make millions. Not only do consumers get penalized, but companies are being hit hard too -- to the tune of billions of dollars each year.

The popularity in online crime has manifested itself in more people considering bankruptcy in Atlanta and looking for an honest and experienced Atlanta bankruptcy lawyer in whom they can trust.

A recent Daily Finance article looks at how to avoid becoming the victim of financial fraud. The story looks at the plight of an 84-year-old woman who was called by a man claiming to be her grandson.

He said he was with friends in Canada and hit a telephone pole with his car and needed $5,000. The woman said his voice sounded like it could be her grandson. And she lost contact with him after he served in Iraq, so she didn't have his phone number. He told the woman she could wire money from a Wal-Mart to him. Of course he needed it right away. She obliged. When she got a second call, saying the crash caused damage to a business, she got suspicious and realized it was a fraud.

It's also costly for businesses. For instance, in 2009, MoneyGram International Inc. agreed to pay $18 million to settle claims by the federal government that it had been used by fraudulent telemarketers to the tune of tens of millions of dollars.

Here are some tips to help ensure you don't get ripped off:

To be honest, bankruptcy won't work for everyone. There are situations in which it isn't advisable. But for many people who have seen their credit scores plummet, or lost their job or life savings, bankruptcy in Atlanta could be the way to go.

When people are stuck in debt, there's simply no wiggle room. Filing for bankruptcy in the Atlanta area could be the answer. Getting all that debt off a person's plate allows him or her to break free and look ahead to a brighter to the future.

How to Avoid Becoming a Financial Scam Victim, by Loren Berlin, Daily Finance