Traditionally, the stereotype of a consumer with too much credit card debt has involved a young person - perhaps a recent college graduate with student loans or a young couple with a mortgage. 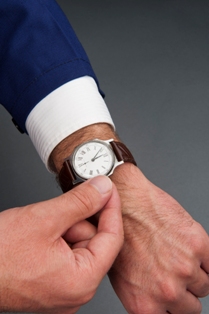 But new data suggests that older Americans are struggling just as much - and sometimes more - than their children and grandchildren.

According to a recent study, low- and middle-income households of Americans age 50 and older owe more than $8,000 in debt on average. In comparison, those under 50 owed just over $6,000.

It's not so much the amount of debt that's troubling, but the amount of time it will take to recover from that debt, explain our bankruptcy lawyers.

Unlike young people, baby boomers don't have decades of time to tackle debt problems before they reach retirement age. As a result, many people in their 50s and 60s are planning to postpone leaving the work force - or to keep working indefinitely.

All too often, debt sneaks up on older Americans as they help their children with school and living expenses, shoulder increasing medical costs and deal with layoffs or reduced hours.

Soon, most of their income is going to minimum payments on credit card bills, requiring them to continue using plastic for everyday expenses like utility bills, gas and groceries - further increasing debt and associated interest.

To make the picture even bleaker, many older Americans are also dealing with upside-down mortgages and shrinking pensions.

By the time boomers realize they're in trouble, it's often too late for them to lower debts on their own. Yet they are frequently too afraid or embarrassed to ask for help.

The good news is that help does exist. When debts are too overwhelming to face alone, bankruptcy can offer a realistic solution.

Filing for bankruptcy makes it possible to reorganize debt payments, stop foreclosure and - in some cases - discharge debts entirely.

Rather than look at bankruptcy as a last resort, consider it one of your first strategies. The earlier you reduce your crushing debts, the longer you'll have to rebuild your savings in preparation for retirement.

Enjoying one's golden years doesn't have to be a pipe dream. When you take the right steps to get out of debt today, you pave the way for a rewarding and relaxing future.

To discover how bankruptcy can improve your finances, give DebtStoppers a call at 800-440-7235. Call now to sign up for your free no-strings-attached personal debt evaluation with an experienced bankruptcy attorney.