With consumer debt on the rise, a growing number of Chicago residents are falling victim to debt settlement scams. 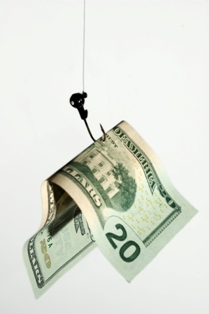 In one case, the company offered to settle a Chicago woman's credit card debts for 50 cents on the dollar, but instead pocketed $1,800 of the victim's money, leaving her even further in the hole. Similar cases of debt collection, debt settlement, and debt consolidation scams been reported nationwide.

Of course, even when debt settlement firms are legitimate, they rarely produce the results that consumers expect.

These companies often lure in consumers who are hoping to avoid bankruptcy by promising to negotiate with creditors to reduce a balance or structure repayments. Meanwhile, they instruct customers to stop paying creditors, instead putting money into an account controlled by the debt relief firm.

The problem is that missed payments result in delinquencies that damage credit history and trigger harassment from bill collectors.

Debt settlement companies may not be in a hurry to negotiate, especially if they have other customers in line. If you have multiple credit cards or other sources of debt, the company may be able to work out a plan with one, but not others.

Sadly, many consumers who had hoped to avoid bankruptcy end up filing for Chicago bankruptcy protection anyway - but by that time, their credit has already been decimated and any hope of negotiating with creditors ruined.

While bankruptcy - like a delinquency - will show up on your credit report, it's a one-time event. And unlike other dings to your credit, only bankruptcy helps you move toward a better future.

When paying off debts is not a possibility, a debt settlement company is unlikely to make a difference. By providing a way for consumers to lower or eliminate debt, bankruptcy offers a real solution and makes it possible for consumers to start rebuilding credit - and their lives.

To learn if bankruptcy is right for you, get in touch with one of our professional Chicago bankruptcy attorneys by contacting the DebtStoppers Bankruptcy Law Firm at 800-440-7235. Call today for your free debt analysis.

Chicago Woman Says She Was Ripped Off by Debt Settlement Firm, CBS Chicago