Notices of foreclosure in The Times-Herald for August are up from July and are over 200 for the first time since March, the newspaper recently reported.

This is more bad news for our local economy, as the real estate market in Atlanta and throughout Georgia continues to get hit during the country's slow economic recovery. According to RealtyTrac, Georgia has the third highest foreclosure activity, behind only California and Florida. In much of the metro Atlanta area, one in every 300 or houses is in foreclosure. 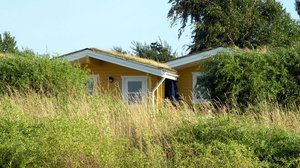 Many people are struggling to stay in their homes right now. Job loss, the poor economy and unexpected medical bills can lead to missed mortgage payments and a foreclosure could be looming. Banks typically aren't willing to work with homeowners, which can leave them feeling desperate and alone. But filing for bankruptcy in Atlanta immediately stops the foreclosure process. Creditors are no longer allowed to call and even if the house is 12 months behind in payments and scheduled for sale the next day, foreclosure can be stopped with the help of an Atlanta Bankruptcy Lawyer.

Numbers from CoreLogic show that the rate of foreclosures among outstanding mortgage loans was 3.07 percent for May, which was down from May 2010 in the Atlanta-Sandy Springs-Marietta area.

And the mortgage delinquency rate in the metro Atlanta area decreased. In May, 9.1 percent of mortgage loans were 90 days behind compared to 10.27 in May 2010, the newspaper reports.

Most of this is bad news for the local real estate market and this has profound effects on two specific groups of people. For those who are staying in their houses and are financially sound, the piles of foreclosure notices that hit newspapers daily and the reports that come out are a bad sign for property values.

But to stop foreclosure in its tracks, a person can file for bankruptcy protection. And more and more people in Georgia are turning to that option. According to the American Bankruptcy Institute, nearly 18,000 Georgians filed for bankruptcy in the second quarter of 2011, which is down slightly from the first quarter.

Many people are able to keep their homes after a bankruptcy proceeding, depending on the circumstances. And it's possible for someone to lose their house, but still make a recovery in short time to purchase a new house -- without the baggage of tens of thousands of dollars in bad debts.

In the long run, bankruptcy improves the credit scores of those who go through the process and it wipes out debt, so people are able to move on with life and get a fresh start. It may be advantageous to consult with an Atlanta Bankruptcy Lawyer to discuss your situation.

Foreclosure numbers top 200 for first time since March, by Jeff Bishop The Times-Herald