A project story by The Associated Press revealed that officials nationwide have found that "robo-signed" documents, which are signed by mortgage servicers without checking the paperwork first for accuracy, are still popping up in foreclosure cases throughout the country, despite ongoing investigations in every state.

Chicago Bankruptcy Lawyers have seen many people put their hopes of saving their home in the idea that there may be a problem with the documentation regarding their home paperwork. And considering all 50 states have ongoing investigations into "robo-signing," fraudulent mortgage sevicers, bank attorneys and bank officials, it's not a shock. But the only fool-proof way of stopping a Chicago foreclosure is by filing for bankruptcy. 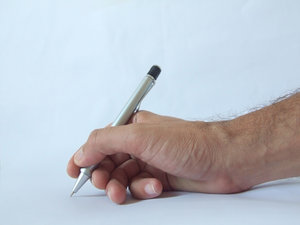 While this may not be a solution for everyone, filing for Chapter 13 bankruptcy in Chicago and elsewhere immediately halts the foreclosure process and stops creditors from calling.

The purpose is to allow the homeowner to set up a payment plan, usually over three to five years, to pay off debt and stay in their home. Whether you have just been given notice by the bank that you're in default or your house is scheduled to be auctioned off on the courthouse steps tomorrow, a bankruptcy will stop foreclosure.

According to The Associated Press story, officials in at least three states have discovered thousands of "robo-signed" documents since last fall, suggesting that it is still a widespread problem in the industry. Illinois' Attorney General, along with all 49 other attorneys general, have been investigating financial institutions' use of companies that have signed documents and filed them with courts that aren't accurate but have been rubber-stamped as accurate by other companies the banks hire.

Last fall, the nation's largest banks and mortgage lenders, including JPMorgan Chase, Wells Fargo, Bank of America and an arm of Goldman Sachs suspended foreclosures while they investigated how corners were cut to keep pace with the crush of foreclosure paperwork. Many experts believe a big second wave is coming once banks get their paperwork in order.

Critics say the new findings point to a systemic problem with the paperwork involved in home mortgages and titles, the story states. And they say it shows that banks and mortgage processors haven't acted aggressively enough to put an end to widespread document fraud in the mortgage industry.

While all these problems plaguing the mortgage foreclosure industry may be positive for people trying to stay in their homes, it may not stop a foreclosure. Documents can be corrected, especially when a foreclosure action is brewing. So, if you are banking on bad documents in your mortgage to save your house, you should be consulting with an attorney familiar with foreclosure and bankruptcy in Chicago.

Filing for bankruptcy will immediately stop foreclosure and allow you to work through your debt. Medical bills, job loss and credit card debt are the three top reasons for a bankruptcy and many Chicagoans are facing these challenges today.

American Dream of Home Ownership a Challenge in Chicago: June 25, 2011