Georgia Among Top 5 in Nation For August Foreclosures

It's another top ranking for Georgia that residents wish they didn't have -- most foreclosures. According to The Atlanta Journal-Constitution, the state ranked fourth nationally in foreclosure rates in August. 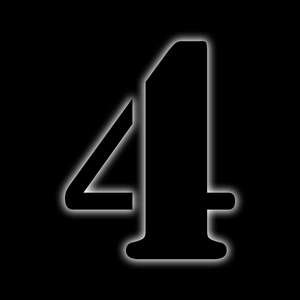 An experienced Atlanta Bankruptcy Lawyer will advise you that bankruptcy can be alleviating upon completion, compared to the pre-bankruptcy stage where bills are piling up, payments are falling behind and stress is mounting.

According to the foreclosure tracking company RealtyTrac, there were 11,743 properties statewide in August that had foreclosure filings. That number includes scheduled auctions, bank repossessions and default notices. It's a 2 percent increase from July, but actually down 28 percent from August 2010. Yet, the rate ranks Georgia fourth in the nation.

In metro Atlanta, foreclosure notices rose 16 percent in August from July, but the count was partially based on a five-week period of notices compared to a normal four-week period. According to RealtyTrac, only Nevada, California and Arizona had more foreclosures. Idaho, Florida, Illinois, Colorado and Utah had slightly lower rates.

Experts have believed for some time that banks and lending institutions have been holding back on their foreclosure filings after attorneys pointed out all the problems banks were having with robo-signed documents, false paperwork and other issues.

Analysts now believe that the increase in the Atlanta area in foreclosure filings may be a result of banks beginning to file foreclosures on houses that have been behind in payments for months. Most banks held back on their filings beginning last fall after saying they would be reviewing policies and procedures.

It's possible that more filings will be coming as banks figure out how to file foreclosures without incorrect paperwork and violating homeowners' rights. While this is certainly possible, it's foolish to consider what may happen in the future. You know your situation and you know whether it's going to get better and improve with time or if acting now is the smart move.

A big benefit of bankruptcy in Atlanta for homeowners whose houses are in foreclosure or on the brink of foreclosure is that filing immediately stops the foreclosure process. A homeowner could be one monthly mortgage payment behind or many months behind and filing for bankruptcy stops the bank from trying to take away a person's home.

Most homeowners can continue to stay in their homes while the bankruptcy process is ongoing and may be able to stay in their homes once the process is complete. The bankruptcy procedure can be complex and difficult to navigate, so consult with an experienced Atlanta Bankruptcy Lawyer who will be able to guide you through this decision in order to give you the financial freedom in the future that you don't have right now.

Atlanta Bankruptcy Protects from Foreclosure, Which Make up Majority of Home Sales: September 8, 2011