Getting Credit Cards After Bankruptcy Easier Than Most Consumers Think

Filing for bankruptcy isn't something to be taken lightly, but the consequences are not as dire as most consumers think. 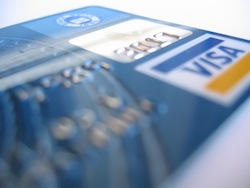 While many folks worry bankruptcy will be the end of their financial freedom, it could actually be a new beginning. Take unsecured credit offers, for example.

It's a commonly held belief that it will be difficult to impossible to get a credit card after bankruptcy. But as a recent Bankrate.com column points out, a bankruptcy discharge can, in some ways, make you more appealing to creditors.

If you qualify for Chapter 7 bankruptcy, your debts could be eliminated entirely within a matter of months. With no debt, you're an ideal candidate for new credit cards.

Furthermore, creditors know that it will be eight years before you're eligible for another debt discharge through Chapter 7 - and you're unlikely to file again anyway, as most people who go through bankruptcy only do so once in their lifetime.

Consider it bankruptcy's hidden benefit: In many cases, receiving a bankruptcy discharge can actually improve credit.

That's not to say bankruptcy comes without drawbacks.

Yes, when you file, the bankruptcy will appear on your credit report for the next 10 years. And yes, if you have a history of bad credit, the credit card offers you receive initially will probably come with high interest rates, low credit limits and other less-than-stellar terms.

But look at it this way. Bankruptcy provides a fresh financial start, so in theory you won't need to be reliant on your new credit card anyway. When you use plastic only occasionally and make sure to pay your balance each month, you won't have to worry about a low limit or sky-high interest.

Instead of focusing on the best offer, focus on the one that will allow you to most quickly reestablish good credit, such as a secured card, says Bankrate.com. A card from a bank or credit union may come with fewer perks than one from a finance company, but will be viewed more favorably by lenders - and that's what counts.

The sooner you begin reestablishing credit after bankruptcy, the sooner lenders will trust you enough to consider you for a mortgage, car loan, or better credit card.

With responsible financial behavior, your life after bankruptcy can become more financially rewarding than you could have imagined.

Learn more about bankruptcy when you sign up for a free personal debt analysis with one of our expert bankruptcy attorneys. Call DebtStoppers today at 1-800-440-7235 or go online to DebtStoppersUSA.com.

Getting Unsecured Credit Cards After Bankruptcy, by Justin Harelik, Bankrate.com

Published April 8, 2013 | Posted in Bankruptcy, Debt, Getting Out of Debt, Loans, Personal Finance | Leave a comment