U.S. consumers had more money in their pockets this year. Unfortunately, those fatter wallets may not last long. 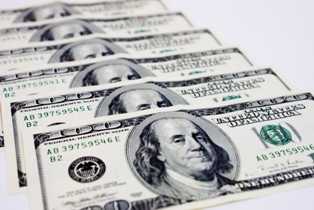 The household debt service ratio, which looks at the amount of mortgage and consumer debt in relation to disposable personal income, fell to its lowest level since 1983 - nearly 30 years ago - in the third quarter of 2012, according to the Federal Reserve.

U.S. household debt reached its highest point during 2007, as consumers took on home equity loans and other debts.

Since then, credit card debt has risen as borrowers struggled to pay down unaffordable mortgages on homes that were now underwater.

The news should mean that consumers will have more money to spend, giving the economy a much-needed boost in 2013. Right now, though, the looming fiscal cliff stands in the way.

According to the Tax Policy Center, nearly 90 percent of households would be impacted if a deal isn't reached by Jan. 1. But with just days left until dozens of tax cuts expire and spending cuts take effect, lawmakers are still bickering over what to do.

What happens if they are unable to agree on a deal? Here's a taste.

Payroll taxes would rise by 2 percent as a temporary tax cut expires. Income taxes would go up across the board. Over 2 million out-of-work Americans could lose unemployment benefits.

Most significantly for families facing foreclosure, the Mortgage Forgiveness Debt Relief Act of 2007 - also known as the mortgage tax break - would expire.

As our bankruptcy attorneys have pointed out, that means homeowners will owe income taxes on the amount of their mortgage forgiven by lenders in a foreclosure, principal reduction or short sale. In other words, if you owe $200,000 and your house goes for $150,000 in a short sale or foreclosure auction, you're on the hook for taxes on that $50,000 gap.

Additionally, lower debt levels aren't always a good thing. Some debts - such as mortgages and car loans (when you can afford them, of course) - help improve personal credit and grow the economy through demand for loans.

But right now, many Americans are resistant to or unable to take on new debt, choosing to rent instead of own and to continue driving the same vehicles.

When it comes to debt, it's all about balance. In a perfect world you'd be free of overwhelming and unnecessary debts - such as credit card debt - that hurt your credit score and impact your ability to keep up on your mortgage and pay your tax bill.

However, you'd also be able to qualify for a home loan with decent rates and a credit card for emergencies.

For millions of Americans, bankruptcy can turn that dream of financial freedom into reality.

Whether you're behind on mortgage payments and facing foreclosure, drowning in credit card debt, or buried under a mountain of medical bills, the right bankruptcy plan can grant a clean slate by reducing or eliminating debt.

Whether or not we go over the fiscal cliff is up to lawmakers. But it's up to us to take steps to protect our family finances, regardless of the decision in Washington. If debt has been a thorn in your side for far too long, bankruptcy can be the relief you need.

Want to know more about bankruptcy? Contact DebtStoppers today at 800-440-7235 and receive a free personal debt evaluation with one of our experienced bankruptcy lawyers.

Rebuilding Credit After Bankruptcy May Be Easier Than You Think, Say Experts: December 21, 2012

Here's What Happens To You If We Go Over the Fiscal Cliff, by Allison Linn, NBC News