Rebuilding Credit After Bankruptcy May Be Easier Than You Think, Say Experts

It's common knowledge that filing for bankruptcy takes a toll on credit. But it turns out that most of us overestimate the extent of the damage. 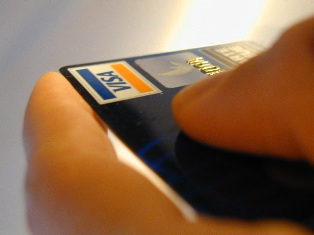 As a result, millions of people may be missing out on the opportunity to escape a mountain of debt or save their homes from foreclosure with help from bankruptcy.

According to a recent column on Bankrate.com, many consumers are able to begin rebuilding credit immediately after filing.

It's often assumed that it will be difficult to qualify for a credit card or loan after bankruptcy. In reality, however, the majority of people who file get credit card offers shortly after receiving a bankruptcy discharge.

In fact, according to the article, the number of companies offering credit to people who have filed for bankruptcy are on the rise.

It's true that bankruptcy will remain on a credit report for up to 10 years. But though it may sound counterintuitive, bankruptcy can also make you a prime candidate for credit.

If you've filed for Chapter 7 bankruptcy, you won't be able to file again for another 8 years - if you ever file again, that is. The reality is that most people will only file for bankruptcy once in their life, and creditors know this.

Of course, just because you're receiving credit card offers doesn't mean you should apply for multiple credit cards.

The good news is that it's possible to begin improving your credit score - and your chances of obtaining better rates on car loans, mortgages and credit cards - from the moment your debt is discharged with bankruptcy.

By taking steps such as paying your bills on time, staying under your credit limit, and paying off your balance each month, your credit score will slowly but surely begin to increase.

If you can't qualify for an affordable rate or don't trust yourself with a traditional credit card, a secured card or loan is a smart alternative. With a secured line of credit, you provide a sum of money to a bank upfront and receive a credit limit for the paid amount.

If you're considering filing for bankruptcy, chances are your credit is already suffering and only getting worse by the day. With the right bankruptcy plan, it's possible to stop the financial bleeding and start the healing process.

Filing for bankruptcy isn't the end of the world - for many, it can be a brand new beginning.

If you're drowning in debt, behind on your mortgage or both, call DebtStoppers at 800-440-7235 to learn whether bankruptcy offers a solution. Contact us today to take advantage of a free personal debt analysis courtesy of an experienced bankruptcy attorney in Chicago, Atlanta or Tennessee.

Instead of Worrying About Washington, Experts Encourage Consumers to Prepare for Personal Fiscal Cliff: December 18, 2012