Think about your family for a minute. You probably have cousins, uncles, aunts and other extended family members in addition to parents, siblings, a spouse and children.

You may feel like you would do anything to help them, even if they got into a financial mess. But what if that caused your own family to get into money problems? Some people end up getting into debt this way. They may loan out money and end up losing a job and badly need that money, but it's gone. This could lead to reliance on credit cards. 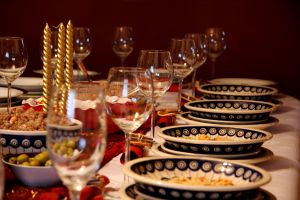 For people in Georgia who get into problems with family and money, Atlanta bankruptcy lawyers can help. Consider filing for Chapter 7 bankruptcy in Atlanta. It may be appropriate, depending on the person's circumstances.

In order to qualify, a person must have a certain income level compared to other people in the state. Typically, Chapter 7 is for people who have little or no income, but who still have amassed debt. This tends to work for people who have recently been laid off, are otherwise out of work and who may have incurred major medical bills. It can also be a useful tool for someone who is single and struggling to get by.

Chapter 13 bankruptcy, another form of consumer debt relief, is a far less popular method, but has been gaining popularity in recent years due to the real estate bust. The "wage earners" form of bankruptcy is designed to help people keep their assets, but requires they set up a payment plan over three to five years in order to pay back some of the debt.

A recent Wall Street Journal article looked at the tale of one woman who suffered because of poor financial planning by one of her relatives. A man had just retired and was looking forward to an easy life until his son-in-law died of an aneurysm. The son-in-law had borrowed hundreds of thousands of dollars to start a business and had no life insurance, meaning his wife -- the man's daughter -- with little to raise her three children.

The retiree's financial planner couldn't do anything to help him at that point, but now screens her clients for financial risks for their extended families. The big question is whether you could see any of your relatives knocking on your door, asking for money one day.

Some common questions that are asked of her clients is whether they would have to support their parents in the future, family medical history and other questions. If you helped a niece or nephew by co-signing for a loan, what happens if they default or have health problems?

The article goes on to promote the idea of life insurance to cover major problems that a person may encounter. Life insurance outside of the company is preferable because being laid off could leave someone without coverage.

If a person has major debts and they die early and unexpectedly, their spouse and children could be left with major problems. And that's when parents and grandparents feel obligated to help and end up getting into financial problems themselves.

Will Cousins Cost You? by Kelly Greene, The Wall Street Journal