Despite ongoing investigations by all 50 states, including the Office of Attorney General of Georgia, an Associated Press investigation recently revealed that mortgage companies are still using "robo-signed" documents in foreclosure cases.

Many hoping to safe their homes are using allegations of faulty paperwork. However, banks can fix paperwork and still foreclose on a home. But what banks can't do is foreclose on a house if the homeowner has filed for Chapter 13 bankruptcy in Atlanta. Atlanta Bankruptcy Lawyers have helped countless homeowners save their houses after filing for bankruptcy. 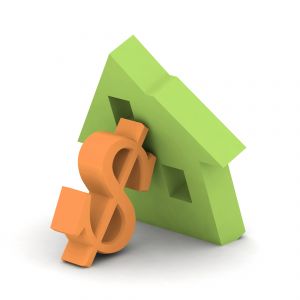 According to The Associated Press, county officials in at least three states say they have still been receiving documentation that appears to be "robo-signed" as opposed to actually signed by bank officials who have reviewed it for accuracy. "Robo-signing" means that mortgage servicers, companies that banks have hired to process paperwork in foreclosure cases, have signed documents that have purportedly been reviewed for accuracy, though they haven't.

The attorneys general in all 50 states have launched investigations into alleged "robo-signing" in order to protect the rights of homeowners. The Associated Press reports that last fall, the nation's largest banks and mortgage lenders, including JPMorgan Chase, Wells Fargo, Bank of America and an arm of Goldman Sachs, suspended foreclosures while they investigated how corners were cut to keep pace with the crush of foreclosure paperwork.

Critics say the new findings point to a systemic problem with the paperwork involved in home mortgages and titles. And they say it shows that banks and mortgage processors haven't acted aggressively enough to put an end to widespread document fraud in the mortgage industry.

"Robo-signing is not even close to over," says Curtis Hertel, the recorder of deeds in Ingham County, Mich., which includes Lansing. "It's still an epidemic."

The story points out some scary findings, which show that banks and lenders haven't taken seriously the problem of robo-signing and still have yet to cope with the droves of foreclosures in the real estate market nationwide. But they are on notice to improve their documentation, which could be troublesome for many homeowners.

But where bankruptcy comes in is simple. Are you facing piling debt because of medical bills, job loss and credit card debt? Have you begun missing payments on your house but want to keep your home? If this seems like your situation, Chapter 13 bankruptcy in Atlanta could be a solution.

Under this code of law, a consumer can keep large assets and set up a payment plan over three to five years that would eliminate debts after they are paid off. Filing for bankruptcy immediately halts the foreclosure process and stops creditors from calling. Working with an experienced Atlanta bankruptcy lawyer can help you save your home and get on with life.