ABC News reports that Atlanta music producer Jermaine Dupri's mansion was set to be auctioned on the courthouse steps recently, but the sale was abruptly halted.

Working your way out of debt and staring foreclosure in the face can be a scary proposition, but meeting with an experienced Atlanta foreclosure lawyer can make the difference between losing your house and owing a large sum of money and saving your house and putting together a manageable payment plans. Atlanta bankruptcy laws are designed to help the consumer in times of distress. 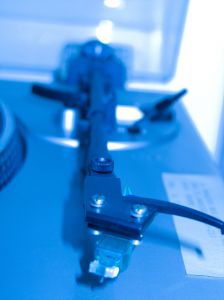 In Dupri's case, it's unclear why the foreclosure was abruptly stopped, ABC News reports. The mansion, on Mount Paran Road in the northwest part of Atlanta, is 15,000 square feet and he owes on the original $2.5 million loan.

Companies have also filed liens against Dupri's house. One contractor says Dupri owes him $12,000 for interior design and renovations made to the house. The Georgia Department of Revenue told the TV station he owes nearly $500,000 in back taxes from 2007, too.

What this shows is that anyone can get into debt problems that can become overwhelming. While Dupri is a successful celebrity with a career in the music industry, it appears from news reports and public records that he has compiled debt from which he can't recover.

While the story doesn't say for sure, it is possible that Dupri filed Chapter 13 Bankruptcy in Atlanta. The reason it's possible is because as soon as someone files for Chapter 13 bankruptcy, their foreclosure process stops and an automatic stay goes into place.

And Chapter 13 doesn't just apply to foreclosures. It can immediately stop creditors from calling and sending nasty notices of non-payment. Notices will be sent out to debt collectors, who will then be banned from contacting you. This applies to large amounts of credit card debt, unexpected medical bills or job loss that cripples your family's finances.

The process is designed to give homeowners, or others with large assets they want to keep, a fresh financial start. The laws allow people to create a payment plan that takes into consideration their income, living expenses and how much they can afford to pay. That plan will be in effect for roughly three to five years.

The important thing here is to make sure you are consulting with knowledgeable and responsible bankruptcy attorneys in Atlanta. Millions of people have used bankruptcy laws to their advantage to get debt under control. Don't continue toiling in debt and fending off annoying collectors. Take action.

The Pros Struggle with Bankruptcy in Atlanta, just like Other Consumers: May 23, 2011