The Pros Struggle with Bankruptcy in Atlanta, just like Other Consumers

The Atlanta Post is reporting that professional athletes are not immune to the pressures of debt and often seek bankruptcy protection in Georgia and elsewhere following their retirement from professional sports.

If those making millions are not immune, it's little wonder struggling hardworking families are filing in record numbers. In a previous post on our Atlanta Bankruptcy Attorney blog we reported that 19,588 Georgia consumers filed for bankruptcy protection in the 4th quarter of 2010. 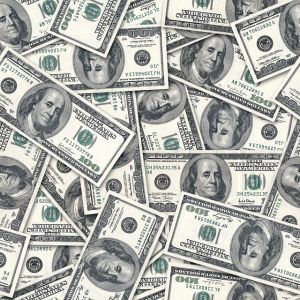 A CNBC report found that in the NBA over 60 percent of players went broke within 5 years after retiring; a Sports Illustrated article in 2009 reported that within 2 years after leaving the game 78 percent of NFL player will be financially distressed or bankrupt.

Here is a look at a few former athletes' financial situations:

-A former heavyweight boxing champion earned $400 million, when he filed for bankruptcy in 2003 he was $27 million in debt.

-A former NBA player lost his $60 million in earnings paying for 7 children, 3 ex-wives + 2 former girlfriends with whom he had fathered children. Another earned a total of $87 million during his playing days. Last year, he filed for bankruptcy with a debt of $4 million dollars.

-A former NFL player filed for bankruptcy during his jail term for dog fighting. He had previous earnings close to $200 million.

Recently The Atlanta Journal-Constitution reported on an ex-MLB player who was charged with committing a bankruptcy crime. He filed for bankruptcy claiming to be $31 million dollars in debt with only $50,000 in assets. Federal prosecutors allege after filing, he destroyed, hid or sold over $400,000 worth of items taken from his $18.5 million mansion.

A bankruptcy attorney will advise you to never lie regarding your list of assets on your bankruptcy petition. You will be in a lot of trouble if your trustee finds out items have been sold or omitted. It is actually a crime to intentionally not disclose your assets.

Filing for bankruptcy does not wipe out all of your financial duties. It is meant to free you from most or at least some of your debts, leaving you more money to pay the others. Some financial obligations could even be restructured to making them more manageable. In general, debts like taxes and student loans must still be repaid, while unsecured debt from medical bills and credit cards can be completely forgiven in some cases.