Let's face it: Not everyone is good at managing their finances. While many people are victimized by scams, poor investments or even by their own banks or credit card companies, there are those who require help in handling their financial world.

Sometimes, the problem is magnified when a person gets married or becomes involved with another person. Money issues can cause high levels of stress in marriages, especially if they are allowed to linger. 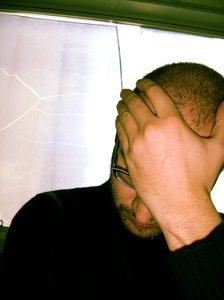 The amount of interest that credit card companies charge their customers for late payments and other things can be astronomical. Credit card balances are one of the leading reasons people consider filing for bankruptcy in Chicago.

Bankruptcy laws were created with consumers in mind, designed to help them overcome bad situations. Being able to get rid of years of debt, through the help of a Chicago bankruptcy lawyer, can be a freeing feeling for those who have seen their credit disappear. The poor economy, job losses and unexpected medical bills haven't helped at all.

The Associated Press recently wrote an article that explains the top-four money mistakes that couples in America tend to make and what can be done to correct the problem. Those in relationships will tell you that communication is critical in order to keep a household running smoothly.

And money issues are among the chief reasons for divorce. The stress of not knowing where the next house payment is going to come from or how to pay for dinner can lead to mental health issues, physical complications and marriage problems.

Here are some tips to avoid money and relationship problems:

Let's put off talking about it
From a relationship standpoint, putting off the inevitable doesn't make things better. Not discussing a key issue like philosophies about spending and saving can lead to a difficult marriage. Major purchases, how bills will be paid, who will be in charge of paying bills and education and retirement savings are things that should be discussed either on a weekly or monthly basis.

So what if there's some cash hidden on the side?
Keeping money secrets is another obvious area of mistrust and a precursor to stress. If each person wants his or her own spending money, spell it out in the budget and talk about it freely.

It wasn't very expensive
This indicates that there is no budget in place and major purchases aren't being discussed and considered in advance. In order to avoid debt problems, an emergency account should be open and active. Do some research and ask for legal help if needed.

I'm not rich enough for a will
Life insurance may not seem to be a big deal when you're young, but you must consider how an unexpected crisis could affect your mate. If a will isn't set up, a former spouse can benefit or the surviving spouse could get hammered with estate taxes.