As Tuitions Rise for Georgia Students, More Young People and Their Families Suffer from Overwhelming Debt in Atlanta

Georgia college students, like students across the nation, are increasingly relying on large student loans to cover the costs of university. 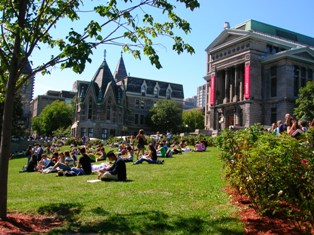 With tuition rising and jobs still scarce, more students are defaulting on their loans, putting their finances - and the finances of their families - at risk.

Ten years ago, Georgia covered 75 percent of the cost of educating each student. Today the state covers just 54 percent, with the rest of the cost paid by enrollees and their parents, according to a recent article in the Atlanta Journal-Constitution. And schools are spending more than ever, forcing students to pay more for education each year.

Of course, the problem isn't limited to Georgia. Some financial experts are predicting that student debt will become the next big bubble to burst following the mortgage loan crisis.

Unfortunately, student debt can't be discharged through Atlanta bankruptcy like other types of debt.

Thanks to a U.S. bankruptcy law reform act in 2005, borrowers must now prove they have an undue hardship in order to have private student loans discharged. Essentially, you have to show you're disabled to the point that working for a living is impossible.

Meanwhile, though bankruptcy can't wipe out student loans, it may be able to relieve some symptoms of debt.

While the average student has roughly $25,000 in student loans, the average parent of college students is responsible for $34,000 in loans - and that number rises to about $50,000 over the typical 10-year loan repayment period.

As a consequence, many parents are at risk of losing their cars, their homes, and their life savings when neither they, nor their child, can pay the loans back.

Filing for bankruptcy in Atlanta can reduce or eliminate high-interest credit card debt, expensive medical bills, and other obligations. For families drowning in debt, lightening the load may make it possible to stay afloat on student loans and other necessary payments.

Preparing for Family Burdens in Georgia May Lead You to Consider an Atlanta Bankruptcy: January 3, 2011