A recent report in The New York Times found that bankruptcy numbers in June were down from May. But it doesn't necessarily mean that the economy is improving, rather Atlanta Bankruptcy Lawyers believe it likely means that credit companies and lenders are sucking more people into high interest rate loans and credit opportunities. 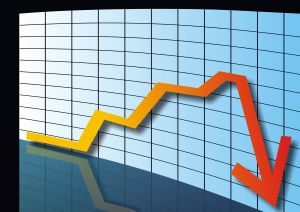 But along with offering more credit, these predatory lenders are also offering high interest rates that hang over the heads of people desperate to keep going despite their own poor credit and high debt.

But there's hope and help.

Filing for bankruptcy in Atlanta is a way to use the law to a consumer's advantage. The laws are set up to help a person get out of debt by following a series of steps dictated by the court. The idea is that if someone is drowning in debt and wants to get back on track, they can use the law to do that. But they must be disciplined and must follow the procedures laid out by the judge.

There are different forms of bankruptcy, depending on the person's situation. Chapter 7 bankruptcy, for instance, is designed to help people who have maxed out their credit cards, been set back by unexpected and costly medical bills or a job loss that has left them financially ruined. With little or no assets and not much earning potential, Chapter 7 allows for a fresh start.

Chapter 13 is designed for people who have a lot of debt including a mortgage, but who want to stay in their homes. This form of bankruptcy in Georgia allows for the creation of a payment plan to take care of those debts over a 3- to 5-year time frame. Both forms can be effective tools to clear out debt that has taken years to amass.

According to The Times article, access to credit can influence the bankruptcy rate over the short term. Overall, rates are expected to be down slightly compared to last year. But that would still mean about 1.5 million people nationwide file for bankruptcy in 2011, an astounding number of people who have realized the value in this set of laws.

According to the American Bankruptcy Institute, there were 709,303 consumer bankruptcy filings in the first six months of 2011, which is down about 8 percent from the same time period in 2010.

So, many people are using this avenue to save their homes from foreclosure or preserve their financial future. If you believe this may be an option for you, call today. Setting up a free consultation is easy.