In a strange, but uplifting turn of events, law enforcement and bank-hired movers ordered to evict in Atlanta recently walked away from a home after seeing that the owner was an elderly 103-year-old woman, The Atlanta Journal-Constitution reports.

Many Americans haven't seen the same type of kindness displayed to them when people come knocking on their door and threaten to take their house and kick them to the curb. Millions of Americans have endured a foreclosure and while many have simply walked away and found a place to live, others have met the problem head-on with people changing locks or threatening eviction with law enforcement in tow. 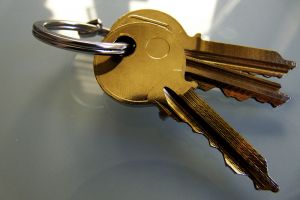 There are millions of houses nationwide that are under water, meaning the owners are paying more in monthly mortgage payments than the house is worth. And, yet, people are trying to stay in their homes.

What some people don't realize is that filing for Chapter 13 bankruptcy in Atlanta can help people stay in their homes and significantly improve their debt situation.

If consumers have fallen into debt and are having difficulty making house payments, they could be best served by talking with a skilled Atlanta bankruptcy lawyer, who can advise them on the best course of action.

As our lawyers have reported recently, the popularity of Chapter 13 bankruptcy has increased lately. The "wage earners bankruptcy," Chapter 13 allows people to keep major assets, such as a house, vehicles and other things and set up a payment plan over 3 to 5 years. If those payments are made, on time, throughout that time period, the remaining debt is cleared. And filing for bankruptcy immediately stops foreclosure.

This is different than Chapter 7 bankruptcy, which is the more popular version of the two. Most people relate to this version, where people, mainly who have no income and few assets, are able to lose the debt without losing any assets. In some cases, valuables may be liquidated to pay back debt, but there are exemptions.

In this woman's case, she and her 83-year-old daughter have lived at the home for decades. Court records show, the newspaper reports, that in 2002, the woman's grandson got a second mortgage on the house from Deutsche Bank National Trust. The loan is now being administered by Chase Bank.

Deutsche foreclosed on the house in 2009 and the women had remained in the home while he fought foreclosure. Chase recently ordered the eviction, despite pressure from local politicians and community activists.

When police and movers showed up to evict, they walked away after seeing the woman. The stress caused her daughter to be sent to the hospital. The bank said in a statement that they would work out an agreement to allow the women to stay in their home.

It would be naive to believe this situation happens often. While there have been occasional examples of people getting last-ditch agreements, most often the banks aren't generous and they take people's homes. The better strategy is to have a plan. Speak with an Atlanta bankruptcy lawyer and see how bankruptcy can help you avoid foreclosure.