Despite Consumer Protection Laws, Overdraft Fees and Payday Loans On the Rise

Remember back in 2010 when the Federal Reserve enacted new rules meant to protect consumers from the hidden cost of overdraft protection? If you're like most folks, the answer seems to be no. 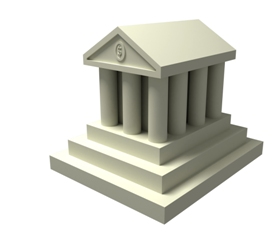 A new report shows that more people are incurring overdraft protection fees - and banks are reaping the profits. Banks and credit unions pulled in $32 billion from the fees last year, a 1.3 percent increase from 2011.

Previously, banks automatically enrolled customers in overdraft protection programs as a so-called convenience. So if you swiped your debit card at Starbucks without realizing your account was 50 cents short, that $5 latte could end up costing you $45.

As you can imagine, when you're on the edge of being broke those costs start to add up. Like credit card debt, they can become a seemingly unending cycle of fee after fee.

That's why in 2010 the Fed created a law forcing banks to notify customers of their freedom to opt-in to overdraft protection, as opposed to being automatically (and often unknowingly) enrolled.

Yet, as NBC News reports, 25 percent of bank customers still regularly use overdraft. To make matters worse, many of those who use overdraft protection end up taking out payday loans when their checking accounts get too low.

Payday advances are another trap for cash-strapped consumers. Because of the short terms of the loans, many borrowers are forced to roll them over again and again. With annual fees frequently ranging from 300% to 1000%, payday loans can sink consumers into debt so deep it's impossible to get out.

When you're struggling to keep your finances afloat, a slew of bank fees can be a devastating blow. If you're out of wiggle room in your budget, something's got to give. By reducing or eliminating credit card debt through bankruptcy, it's possible to start lowering bills, improving credit and decreasing the occurrence of frustrating fees.

If your debts are too overwhelming to overcome on your own, bankruptcy can be the most effective way to dig your way out. The result will be fewer fees - and a whole lot less stress.

To learn about the power of bankruptcy to provide a fresh financial start, contact DebtStoppers at 800-440-7235. Call today to schedule your free personal debt evaluation with one of our experienced bankruptcy lawyers.