Recently, the Federal Reserve laid out a not-so-heralded plan to boost the economy by driving down long-term interest rates in order to stimulate the economy.

But the plan only works if borrowers take out loans now, which sends them into debt. Even with low interest rates, this situation can be a challenge to overcome. In fact, investors didn't respond well to the plan, with the stock market largely in a sell-off in the days after the announcement was made. 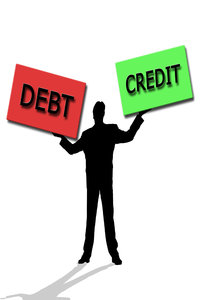 Let's be clear here, though -- credit is a necessary function of our society. Most people don't have $15,000 to $20,000 to buy a new car. And very, very few people have $150,000 in cash to purchase a new home. So, it's obvious that banks and lenders are needed in order for our society to function.

However, what usually happens is that people are forced into bankruptcy in Chicago because of the lenders' hidden fees and ridiculously high interest rates. This can leave a borrower actually paying a lot more than what the item or service is worth. Chicago bankruptcy attorneys have seen time and time again many consumers who have been taken advantage of by lenders.

While low interest rates are beneficial to those who must take out loans to make purchases, they can still add up over time.

According to a recent USA Today article, the $400 billion that the Fed shifted may actually have a low impact on consumers. They may end up getting lower rates on mortgages and fixed-rate loans, yet those holding long-term bonds may seen interest income dip as a result.

Because of the nation's high 9.1 percent unemployment rate, the move is unlikely to provide long-term improvement. Some experts say the impact on consumers will be minimal. Here are some areas where consumers may see changes:

Interest rates are already low -- 4.09 percent on a 30-year, fixed mortgage -- so it's not interest rates that are the problem. Consumers are nervous about the housing market and are unwilling to invest.

Consumer Debt
Most people's credit card rates are tied to prime rate, so the Fed's plan could keep credit card rates lower at least until 2013. Yet, some analysts say the prime rate isn't based fully on federal funds, but is also determined by the rates at which banks lend each other money and on the market.

So, if the economy and stock market continue to slump, rates could end up rising.

The article goes on to say that those holding long-term bonds will suffer under the Fed's plan, including retirees hoping to benefit from interest rates later in life. This includes insurance companies, which are heavily invested in bonds. These companies could raise rates to make up for lost income there. Short-term savings and the stock market also will be affected.

Most people hope that the Fed's plan works to help this country get back on track. But most people don't have a strong feeling that it will.

What Fed's 'Operation Twist' means for you, by Dave Carpenter, Associated Press