Americans may have been able to put off thinking about health insurance before, but there's no avoiding the issue now. 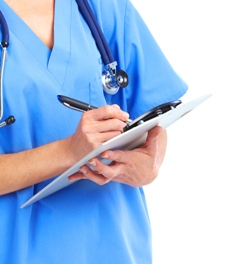 Last week's ruling by the Supreme Court to uphold President Obama's healthcare reform means the law - including a controversial provision requiring Americans to purchase health insurance by 2014 - will continue as written.

With insurance premiums rising and the cost of prescriptions going up, many consumers aren't sure whether reform will make the situation better or worse. But one thing's for sure: if you don't have health insurance, you need it.

According to our Chicago bankruptcy attorneys, medical bills are one of the top causes of overwhelming debt. All it takes is one stay in the ER to trigger a snowball effect of credit card debt that eventually interferes with the ability to pay the mortgage, make the car payment, and even buy groceries.

What does healthcare reform mean for your finances? Here's what to expect, according to our bankruptcy attorneys in Atlanta, Tennessee, and Chicago.

You'll Have to Buy Insurance - or Pay a Penalty

When 2014 rolls around, Americans will need to either pony up for a healthcare plan or pay a penalty equal to one percent of our income (that percentage jumps to 2.5 percent by 2016). For many of us, this is the most worrisome component of reform.

However, it may not be as intimidating as it sounds. Families that can prove financial hardship will be exempt (as will American Indians and undocumented immigrants).

States are required to set up insurance exchanges offering low-cost plans and subsidies, and Medicaid is on track to be expanded so that more people can qualify, including low-income families without kids. In theory, most health care plans will soon cost less than the penalty, making the choice a no-brainer.

Previously, insurers could reject applicants with pre-existing conditions, choose not to cover children with certain chronic conditions, and place lifetime limits on coverage.

Healthcare reform forces insurers to cover high-risk consumers and bans the limit on coverage. Additionally, adult children can now remain on their parents' plan until they turn 27.

Someone has to foot the bill of the higher costs incurred when more Americans enter the healthcare system.

Most of the burden will fall to the wealthy, with individuals earning more than $200,000 per year (and couples who make over $250,000) seeing their Medicare tax rise to 2.35 percent.

For all Americans, however, the threshold for deducting medical costs from our income taxes will be increased from 7.5 percent to 10 percent - meaning many of us will lose our healthcare tax break.

And the answer to perhaps the biggest question - will our premiums continue to rise? - is up in the air.

The bottom line: Healthcare costs are increasing, regardless of reform. What healthcare reform may do is make it possible for more consumers to receive coverage so that we aren't burdened with bills for hundreds of thousands of dollars if we unexpectedly wind up with an illness or injury.

Unpaid medical bills - and the credit card debt they often lead to - can make life miserable.
If you're debating whether or not you can afford to pay for healthcare coverage, Tennessee bankruptcy may offer a solution.

Filing for bankruptcy in Chicago, Atlanta, or Tennessee can relieve the pressure of debt and free up funds to make essential payments, such as your insurance premium and mortgage.

Insurance ensures that, in an emergency, you won't have to incur paralyzing debt. It's not just coverage for your health - but for your finances. If you can't afford basics like healthcare, bankruptcy may be able to help.

To speak with a Tennessee, Chicago, or Atlanta bankruptcy attorney, call the DebtStoppers Bankruptcy Law Firm at 800-440-7235. Call today for your complimentary personal debt evaluation.

While Data Shows Average U.S. Debt Is Down, the Number of Households with Credit Card Debt Increases: July 2, 2012

Obamacare Upheld: How Health Care Reform Will Affect Your Wallet and Your Life, by Bruce Watson, Daily Finance