Illinois Runs Out of Financial Aid for College, Increasing Student Debt in Chicago

More Illinois students are being forced to take out expensive loans to pay for college, and it's putting a financial strain on their families. 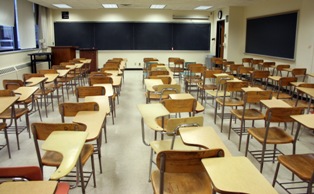 A rapid increase in applications for financial aid has caused the state to run out of funds early, according to the Chicago Tribune. While 140,000 applicants are expected to receive aid, an equal number of eligible students will be turned down.

The problem isn't exclusive to Illinois. In fact, some are calling student loans the next big debt bubble.

In a recent survey, more than 80 percent of bankruptcy lawyers say they've seen an increase in clients looking for help with school loans. Our Chicago bankruptcy attorneys certainly have.

Unfortunately, bankruptcy can rarely eliminate student debts because of a 2005 bankruptcy law reform. Unlike unsecured debt such as credit card debt and medical expenses, school loans cannot be discharged unless it can be proven that the debt holder has an undue hardship - which usually translates into a disability that makes it impossible to work.

But critics say that has to change.

Because parents and grandparents frequently co-sign the loans, they're often held liable, putting their homes and savings at risk. On average, parents of children with student loans are responsible for $34,000 of debt.

With tightening credit, rising tuitions, and a dismal job market, paying those loans back is no easy feat.

While filing for bankruptcy in Chicago is unlikely to eliminate student debt, it can ease the burden of other types of debt. For students or their families, bankruptcy can provide a way to organize and reduce payments for obligations such as credit card debt, medical bills, and personal loans.

Bankruptcy may provide enough breathing room to allow you and your loved ones to make mortgage payments and other important bills while also staying current on student loans.

You may still be dealing with debt, but by continuing to make important payments, at least you won't be dealing with accumulating fees and penalties, credit damage, and bill collectors.