A recent article in The New York Times reports that about 20 percent of those looking for financial counseling in 2010 and 2011 cited medical debt as the No. 1 cause for seeking bankruptcy protection in Atlanta.

Studies have long shown that medical bills, job loss and predatory lending practices -- such as offering lower interest rates for a time only to see them spike to incredible highs later on -- have led to people considering bankruptcy in Atlanta and nationwide. Debt can cause family problems and make getting by day-to-day difficult. 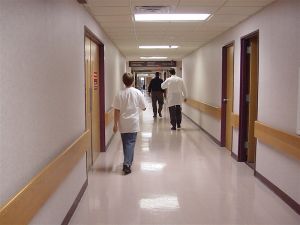 A freak accident -- your fault or not -- can cause even a family with sound finances to go into a tailspin. No one can really get a handle on the out-of-control medical costs that have made life difficult for many Americans. Universal healthcare, federal programs and other failed initiatives have tried to get a handle on what hospitals charge and what insurance companies actually cover. For those who are uninsured, the toll can be even more devastating.

The article states that according to a CredAbility survey, an Atlanta-based nonprofit credit counseling business, the number of people who say medical bills are a major factor in their decision to file for bankruptcy has jumped about 7 percent since 2010 and 8 percent from 2009. The analysis included more than 100,000 clients nationwide in each of the two previous years plus another 47,000 for 2011.

As unemployment jumps, many people have lost healthcare coverage, yet with one spouse bringing in a steady paycheck, it's possible that people don't qualify for programs that would cover medical costs in an emergency. Insurance companies are trying to make money by jacking up premiums and deductibles, as well.

Experts believe that debt from medical bills is an increasing problem not only because of the high costs, but also because people are less-likely to default on medical bills compared to other types of bills. Some people take out additional credit cards in order to make the payments.

"With medical bills, people are very compelled to make good on those debts," said Michelle Jones, the senior vice president of counseling for the agency. "If you're sick, it's the person taking care of you. So they feel bad about not making the payment. People take extraordinary steps to pay them."

Medical bills also carry an extra layer of frustration and stress because hospitals and clinics are more apt to use collection agencies rather than play phone tag with a patient who won't pay for expensive procedures not covered by insurance. Creditors calling, e-mailing and bothering can add to the already present stress of being in debt.

Medical bills can sneak up on a person because they usually come out of nowhere -- a car accident or cancer or another illness that wasn't expected -- and can paralyze a family's finances. And hospitals tend to treat their bills as if they must be paid right away. They forget that people must pay for their houses, feed their families and get gas to go to work, too.

If medical bills get to be too much, bankruptcy in Atlanta can ease the pain. If credit scores are plummeting and bills are piling up, the process will clear debt and allow a consumer to move on with life, without the anchor of debt pulling them down.